Monrovia, CA – Monrovia Police Department will be conducting a DUI / CDL checkpoint on the evening of Tuesday, July 23, 2019.

Vehicles entering the checkpoint will be stopped. Drivers will then be evaluated for being under the influence of alcohol and checked for having a valid driver’s license. 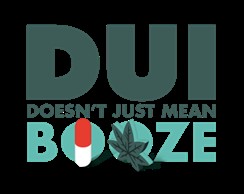 Over the course of the past three years, there have been 127 DUI collisions, with 32 of those collisions resulting in injuries, harming our citizens and neighbors of Monrovia.

In California, this deadly crime led to countless deaths, because someone failed to designate a sober driver.  Alcohol and drug-impaired deaths still make up the largest category of overall vehicle fatalities, with 29% of all deaths being caused by a drunk driver.

Monrovia Police Department offers these reminders to ensure you have a safe night of fun without a DUI:

Getting home safely is cheap, but getting a DUI is not!  Drivers caught driving impaired and charged with DUI can expect the impact of a DUI arrest to be upwards of $13,500. This includes fines, fees, DUI classes, license suspension and other expenses, not to mention possible jail time.

Funding for this checkpoint is provided to Monrovia Police Department by a grant from the California Office of Traffic Safety, through the National Highway Traffic Safety Administration.