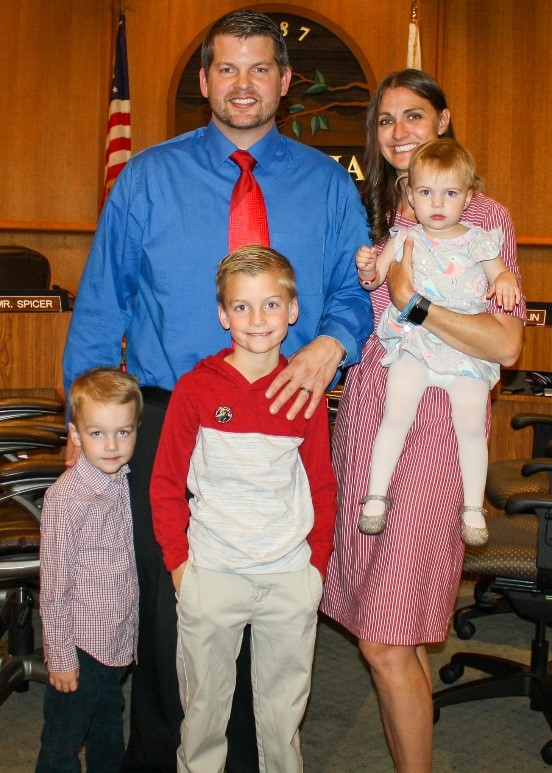 The Monrovia City Council unanimously voted Dylan Feik as its next City Manager during the council meeting on Tuesday, Oct. 1.

The City Council approved a three-year employment agreement for Mr. Feik, effective no later than Nov. 15, which provides for a recurring 1-year term renewal.  Mr. Feik’s annual salary will begin at $210,000 per year, and he will receive a standard benefits package that includes health insurance, retirement program and auto allowance provisions.  Additionally, Mr. Feik will be provided with temporary rental housing assistance to facilitate a move to Monrovia.

“Words cannot express how truly blessed I feel to be selected as your next city manager,” said Mr. Feik.  “Through the recruitment process, I got to know the Monrovia community and the passion that people have for the city.  As I step into this role, I will strive to carry Monrovia forward so that it continues to be the Gem of the Foothills.”

Mr. Feik was previously the City Manager of the City of Calistoga, in Northern California through April of 2019.  From his time in Calistoga, Mr. Feik gained experience leading multiple initiatives of direct relevance to Monrovia, including the development of a 10-year Capital Infrastructure Plan, new initiatives to address pension costs, meeting the City’s goals for affordable housing development, and leading the City’s response to the Napa-Lake Sonoma wildfire disaster in 2017.  Prior to becoming City Manager in Calistoga, he was the Administrative Services Director in Auburn, California, Assistant City Manager in Knoxville, Iowa, and held various positions in the City of Olathe, Kansas.  He earned a Bachelor of Arts degree in Political Science from Weber State University and a Master of Public Administration degree from the University of Kansas.

In the upcoming weeks, Mr. Feik will be relocating to Monrovia with his wife, Kira, and three children, Gabe, Benson, and Eden.