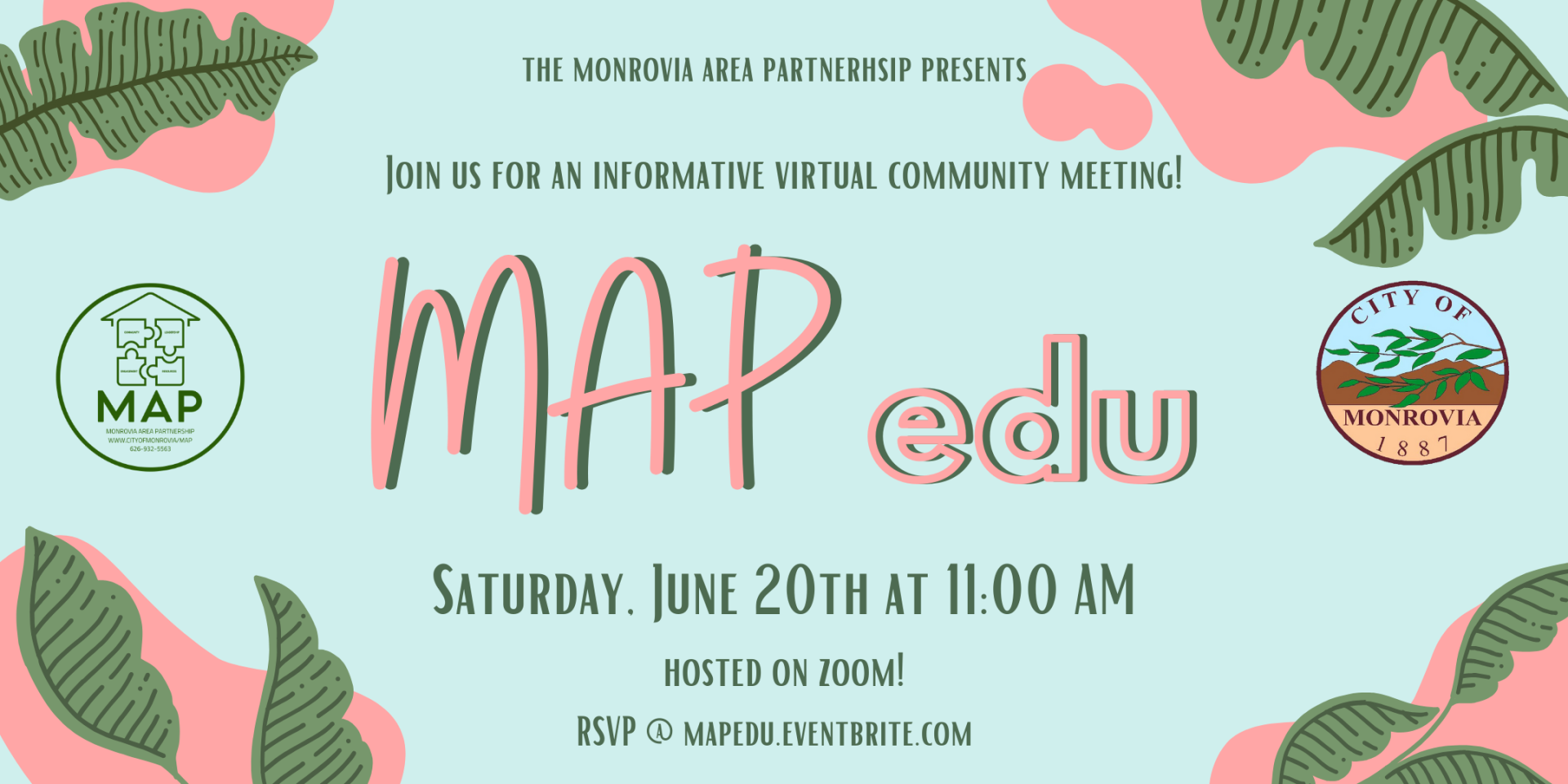 What is the Monrovia Area Partnership (MAP)?

The Monrovia Area Partnership, also known as MAP for short, is a community-based program run out of the Community Development Department, Neighborhood and Business Services Division at the City of Monrovia since 2006.

The name Monrovia Area Partnership was formed because the initial start-up of the program relied solely on the partnership of collaborative ideas and various discussions from individuals who worked and lived in Monrovia that wanted to join forces in taking positive actions to improve their community. The Monrovia Area Partnership's inception in 2006 was due to Monrovia experiencing obstacles in the relationship between residents and local government. In addition to this, there was an increase in crime, blighted conditions, and apathetic residents in some neighborhoods.

In true Monrovia fashion, the leaders of the City enlisted the help of partners such as City Officials, local organizations, the Monrovia Unified School District, residents and non-profits to formulate a strategy to help our neighborhoods. After holding a huge kick-off block party in the affected neighborhoods, one of the first steps taken by the partners was to conduct a door-to-door survey in those neighborhoods. The purpose of the surveys was to hear first-hand about the needs and concerns of our residents. The big take away from those surveys was that we are stronger as a team and our residents are the most valuable players of the team (but some didn't know it). The voice and the action of our residents are needed for its success! MAP's programming continues to focus on education, empowerment, and encouragement toward community engagement.

Impact on the Community

The Monrovia Area Partnership (MAP) has evolved over the years but has remained and continues to stand out as a program that provides great education, tools, resources, information, and motivation to get involved in your community. Many who have attended our programs are now actively involved in the community; volunteering, serving on various boards and commissions, in contact with City Officials and serving as a leader in their neighborhoods!

Your Impact on the Community 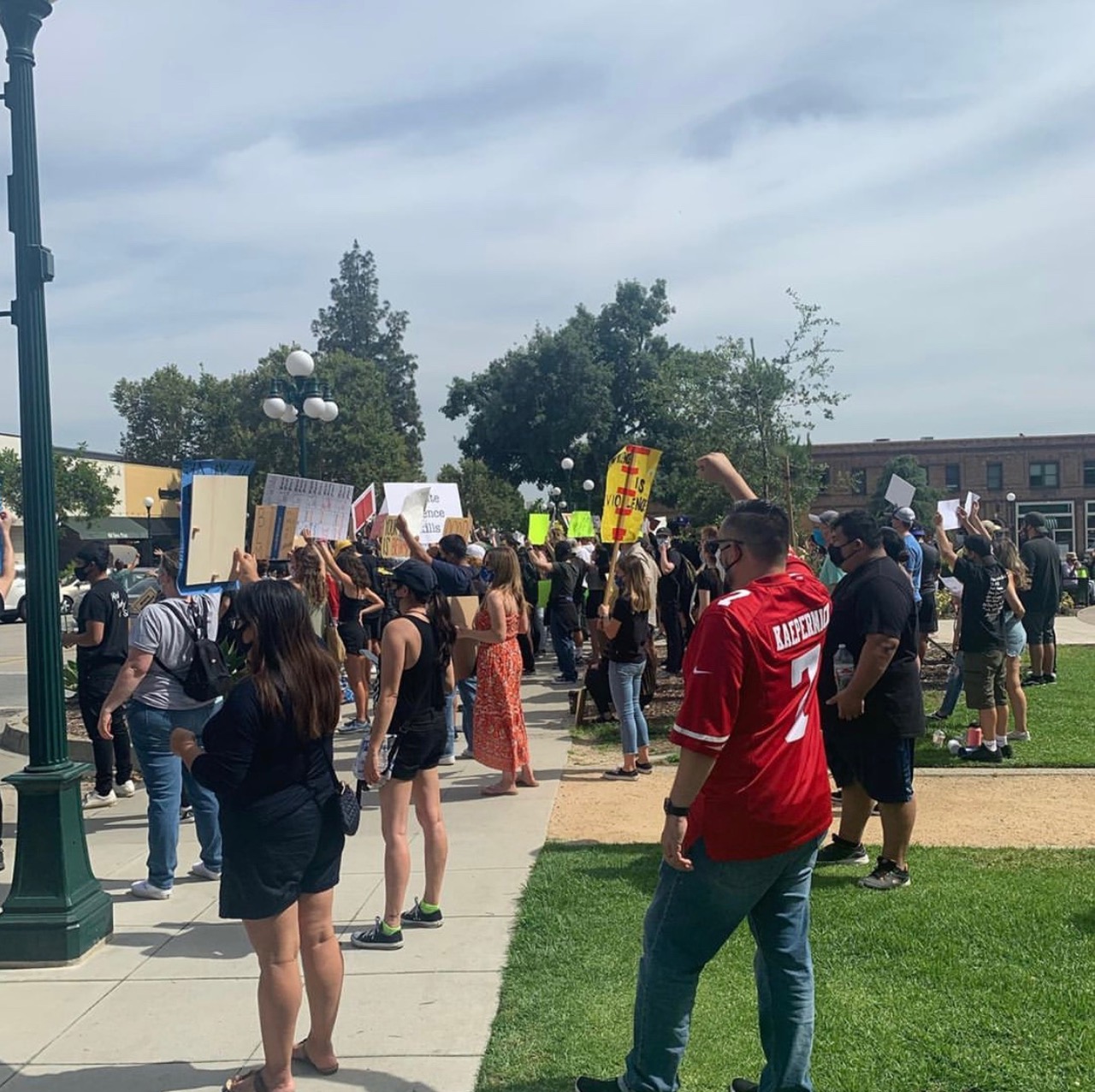 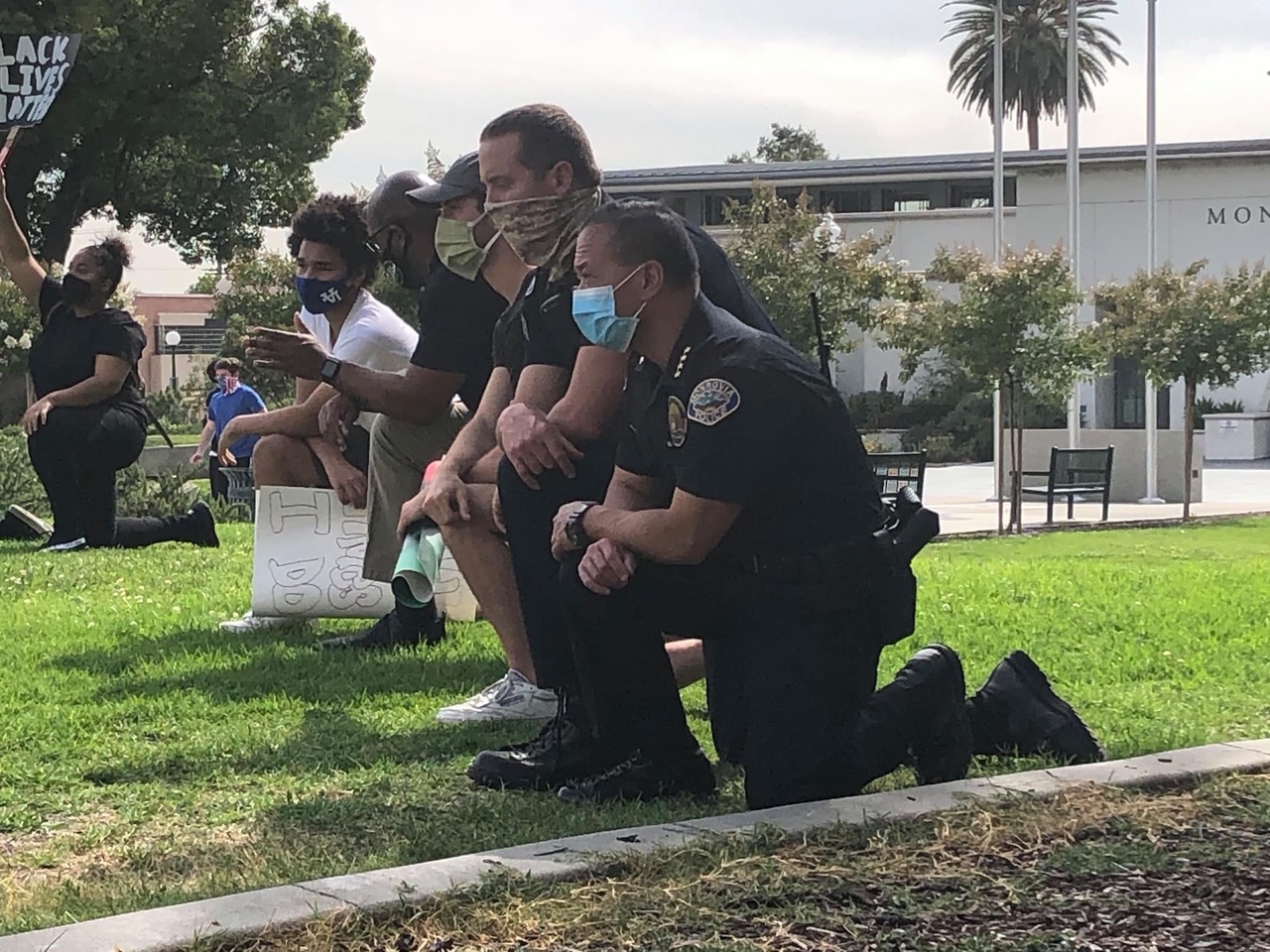 The MAP team along with you, mourn the death of Mr. George Floyd and agree that the actions of those Minneapolis Police Officers were reprehensible and should never happen again, anywhere. We also applaud the actions taken by many to exercise their First Amendment right to peaceably protest in an effort to bring about change.

We encourage you to keep up that momentum by joining us in conversation with City Leaders and in educational opportunities that will empower you even further in effecting that change.  Additional information regarding how to reach us and about upcoming community meetings, leadership academies, etc. can be found below.  We look forward to you being a part of the team!

How to get involved with the Monrovia Area Partnership

YOU are what steers Monrovia in the right direction, so start now by connecting with us, the Monrovia Area Partnership!

All of MAP's programs are free and open to the entire community!

See us in Action!