The women of Monrovia felt the new community needed a library and worked to make that dream a reality. They founded the Saturday Afternoon Club, forerunner of the Women’s Club of Monrovia, and organized themselves to raise money.

Through a variety of fundraisers, including a tea in which the guests were asked to bring books as their means of entry instead of purchasing tickets, the women were ready to open the first Monrovia Public Library in 1895. It was located in a room in the Granite Bank building, at Palm and Myrtle Avenues. The room was rented for $2.50 a month and a librarian was hired at $1 per day. The library collection grew quickly and it soon became apparent that a separate building was needed. In 1905, the steel magnate Andrew Carnegie, who was funding library construction across the United States, agreed to donate $10,000 for a library building, if the City of Monrovia would provide the land and furnish the library. 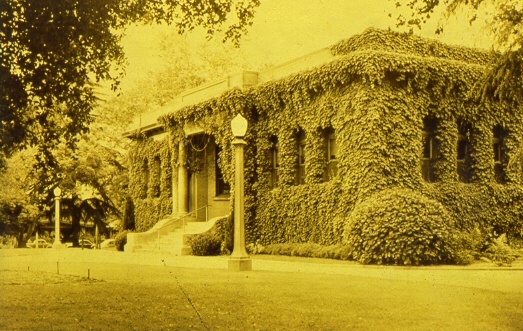 The City purchased what is now Library Park and built its first free-standing library. The doors opened on January 27, 1908 with a collection of 5,000 books. The Carnegie Library was loved by the community and served the city well for the next 45 years. However, by the late 1940s, the increased use of the library prompted the need for a larger space. 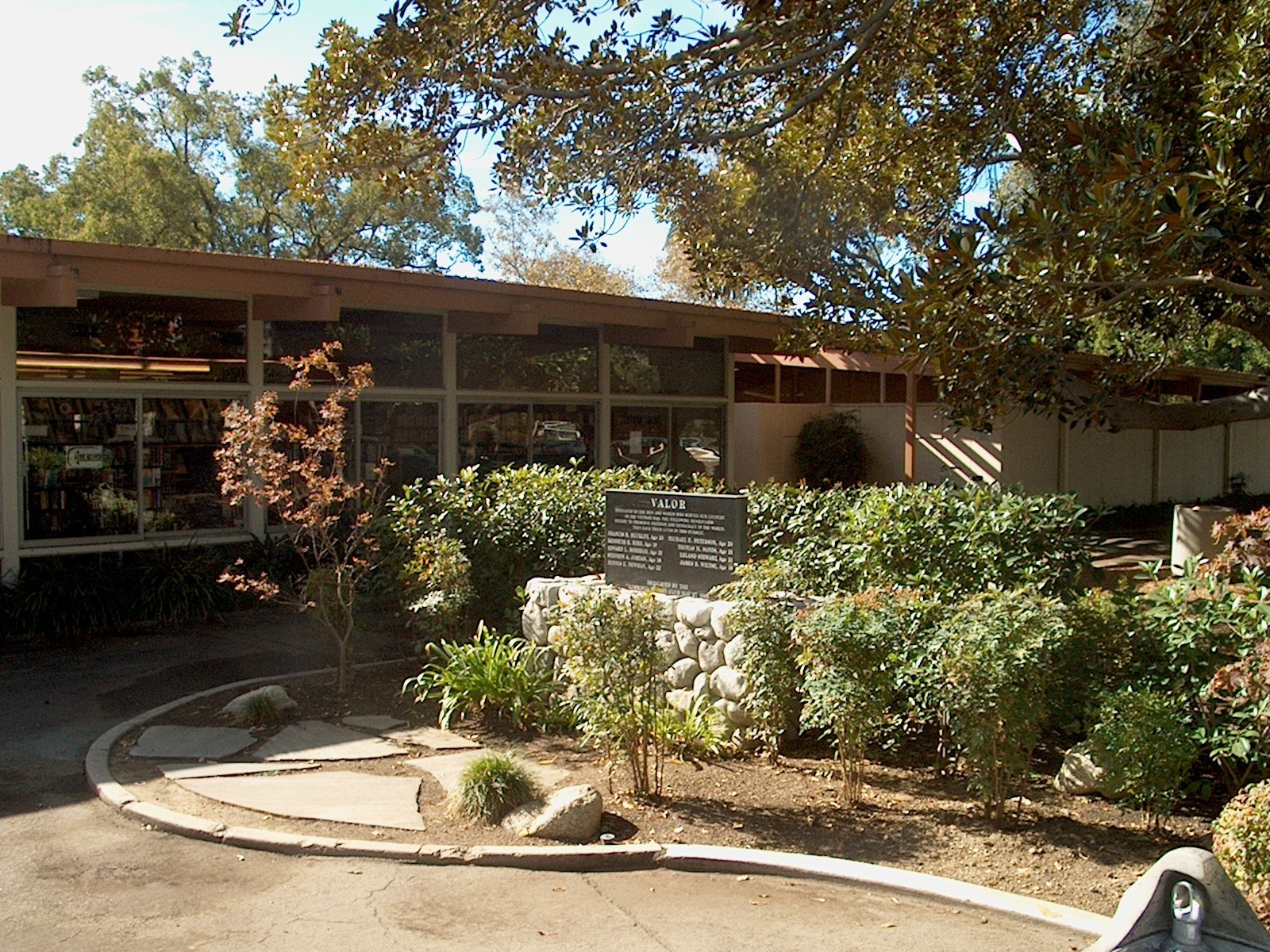 As much as the community loved the Carnegie Library, the facility no longer met the library's size, program, and technology needs. The City moved forward to provide a facility that would fulfill the needs of its current population and future generations.

With an initial bequest of $50,000 from Monrovia resident Frederick P. Alvord and City funds, a mid-Century Modern 14,000 sq. ft. structure was built in 1956 and officially dedicated on January 7, 1957. It was constructed to meet the fast-moving needs of a changing post-war society.

Just as society changed in the first 50 years of the twentieth century, computer technology had a tremendous impact on modern civilization in the new millennium.

As the population grew, it was clear Monrovia had outgrown the small, outdated building built in 1956. For more than a decade, Monrovians worked with the State to fund a modern library. When the State failed to fund the project after three separate attempts, Monrovians rolled up their sleeves, started over, and did it themselves. Overwhelming voter approval of a bond issue on the ballot in March 2007 got the $16 million project funded. Construction began later that same year. Built for less than the allocated $16 million, the project came in $280,000 under budget, with that amount being returned to taxpayers by way of a lower tax bill.

The brand new 28,000 sq. ft. library held its grand opening on May 16, 2009. The building is Silver LEEDS certified to be environmentally friendly, and boasts adult, child, and teen areas, a large community room, a heritage room, and expanded technology, all housed in ... "a true information center to serve Monrovia for this generation and generations to come."